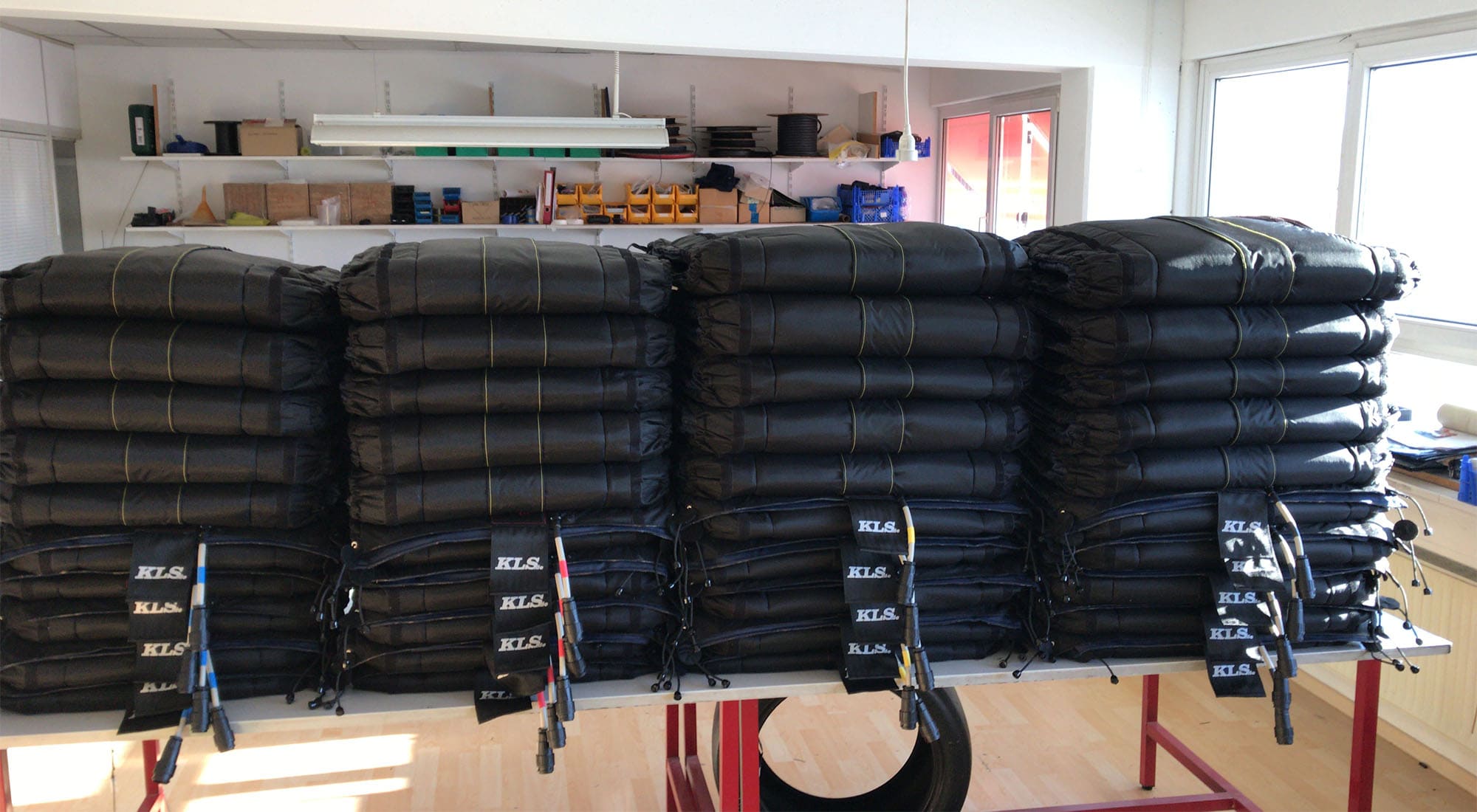 A small batch of Formula 1 electric blankets ready for delivery 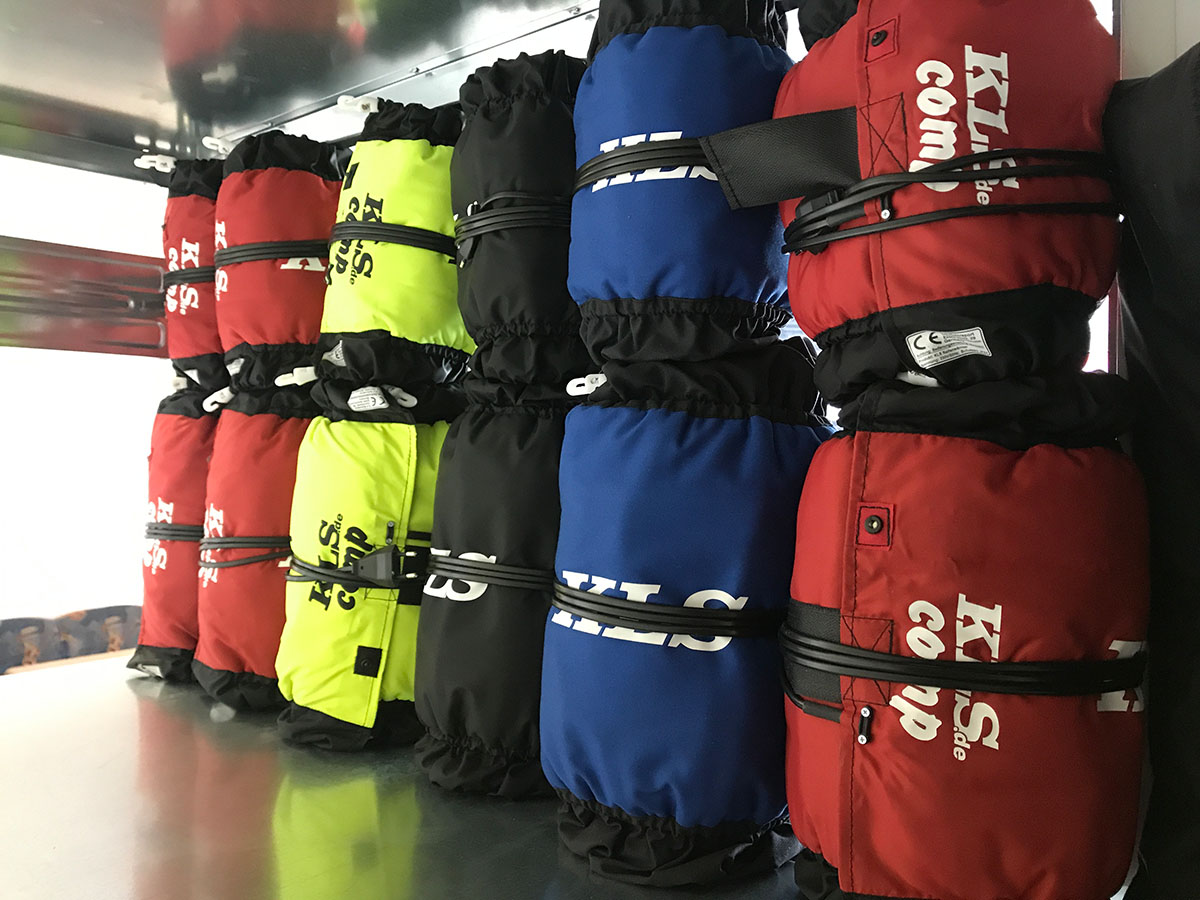 From the hobby room to the global player

It's the year 1988, the later company founder Klaus Leonhardt rolls out of the pit lane of the racetrack in Misano with his legendary Bimota YB4.

Just then, another bimota rider sweeps over the start and finish, with which he wanted to turn a few laps all weekend. So nothing like behind and 2 curves later, the beautiful Bimota already flies into the corner because of cold tires.

Relatively at the same time appear in the GP circus first tire warmers, which one called however in the paddock rather as "tire griller". At least Sepp Schlögl (friends for many years) approached Klaus, if you could not build something where it does not smell like burnt rubber in the box ...

Two good reasons for Dipl.Ing. to come up with something reasonable and so it came after some development time to Patent application a unique carbon fiber heating fabric for racing tires.

The entire production initially took place in the company's own converted hobby cellar.

With ABT-Audi could already have been in the late 90s first Success also in car racing be achieved.

In the year 2000 has son Tobias Leonhardt finished his automotive engineering studies and decided to Entry at KLS, He took over the entire production area and rented larger commercial premises for this purpose.

The steadily growing success (DTM, Formula 1, MotoGP etc.) of KLS let selbige after only scarcely 3 years already again become too small, so that one had to enlarge itself locally again clearly.

Within just a few years, they were already upgrading half the Formula 1 field with tire and rim heating technology off.

son Tobias Leonhardt kicks his succession From now on, she manages the fortunes of KLS. 10 years intensive apprenticeship with father and "boss" ensure a successful continuation of the business.

Also in this turbulent year, new and somewhat larger operating rooms are moved into Baierbrunn.

since 2015 trusts the DTM exclusively on products (Tire warmers and ECUs) from the house KLS.

After already 20 out of 22 drivers used KLS tire warmers anyway, the step was to alone equipment not big anymore.

Over 800 KLS electric blankets are in use here.

In 2003 has the first Formula 1 team familiar with our heating technology.

As of 2019 it is theirs 7 teams, Around 1,100 electric blankets ! and a little less than 300 control computer are here in successful continuous use.

A small batch of Formula 1 electric blankets ready for delivery